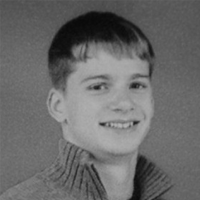 Jeff McKay led the Mustang basketball team for three years from 2002-2004, being selected as team MVP for all three of his varsity seasons. In his career he amassed 1718 points which places him fourth on the all-time career list, averaging 18.9 points per game. He grabbed 1015 rebounds to top the career list. During these three years he led the Mustangs to a 73-10 record and one Far East Championship. McKay was a three sport star at Morrison, anchoring a solid defensive line and winning the MVP in soccer his senior year. In track he high jumped 1.82m which is currently 7th on Morrison’s top ten list.

Back to Hall of Fame page

This website uses cookies. By continuing to browse here, you are acknowledging that you know and accept that.

This website uses cookies to improve your experience while you navigate through the website. Out of these, the cookies that are categorized as necessary are stored on your browser as they are essential for the working of basic functionalities of the website. We also use third-party cookies that help us analyze and understand how you use this website. These cookies will be stored in your browser only with your consent. You also have the option to opt-out of these cookies. But opting out of some of these cookies may affect your browsing experience.
Necessary Always Enabled
Necessary cookies are absolutely essential for the website to function properly. This category only includes cookies that ensures basic functionalities and security features of the website. These cookies do not store any personal information.
Non-necessary
Any cookies that may not be particularly necessary for the website to function and is used specifically to collect user personal data via analytics, ads, other embedded contents are termed as non-necessary cookies. It is mandatory to procure user consent prior to running these cookies on your website.
SAVE & ACCEPT